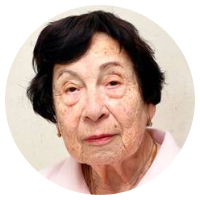 In Jerusalem, among the six Holocaust survivors chosen by Yad Vashem to light torches in memory of the six million Jews murdered during the Shoah, Fanny Ben-Ami testifies. 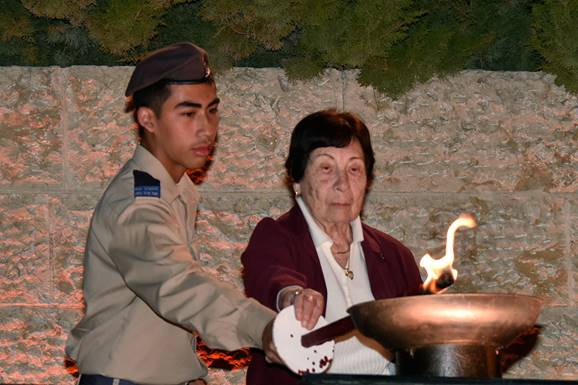 After Hitler came to power, her parents Erik-Hirsch and Yohanna-Hannah Eyal left for Paris with their children. A few days before the outbreak of the Second World War, her father was arrested and detained in a political camp, and her mother was sent to city of Limoges. Fanny and her sisters were then placed by OSE at the castle of Chaumont, in the Creuse region, in November 1939.

In July 1942, after a denunciation, the children of the orphanage were scattered: Erika and Georgette were placed in other children’s homes, while Fanny joined her aunt Rosa. She then took her first steps in the resistance in the Alps.

After listening to the phone calls of a local businessman, she would warn of a raid planned by the Germans. At the end of 1943, she took the helm of a group of children that OSE wanted to smuggle into Switzerland. Fanny’s parents died in deportation in Auschwitz and Lublin.

Fanny refused to receive the French Legion of Honor for her participation in the resistance. She immigrated to Israel in 1956 where she met her husband Benyamin Z”l. They had two children and six grandchildren.