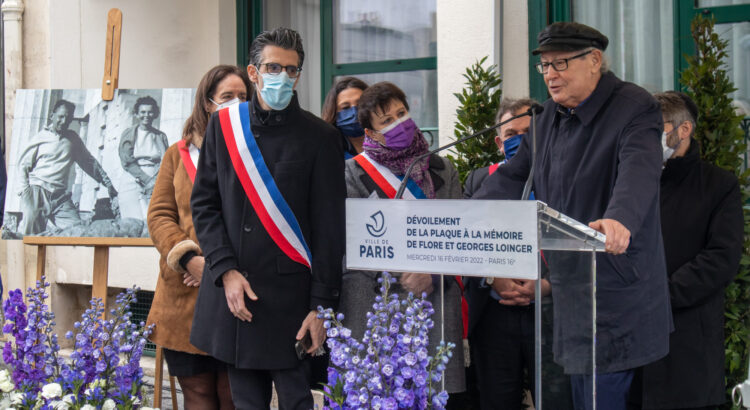 A plaque in memory of Flore and Georges Loinger was unveiled on February 16 on the facade of the building where they lived on rue du Ranelagh in Paris. This beautiful ceremony took place in the presence of Francis Szpiner, Mayor of the 16th arrondissement, Laurence Patrice, Deputy Mayor of Paris in charge of memory and the fighting heroes, Serge Klarsfeld, historian, Haïm Korsia, Chief Rabbi of France, Jean-François Guthmann, president of the OSE, and Katy Hazan, historian of the OSE. Huge figures of the Resistance, members of the OSE and the Bourgogne and Garel networks, Flore and Georges Loinger participated in the rescue of hundreds of Jewish children during the Second World War. Exceptional personalities whose battles will be remembered, for the present and for the future.