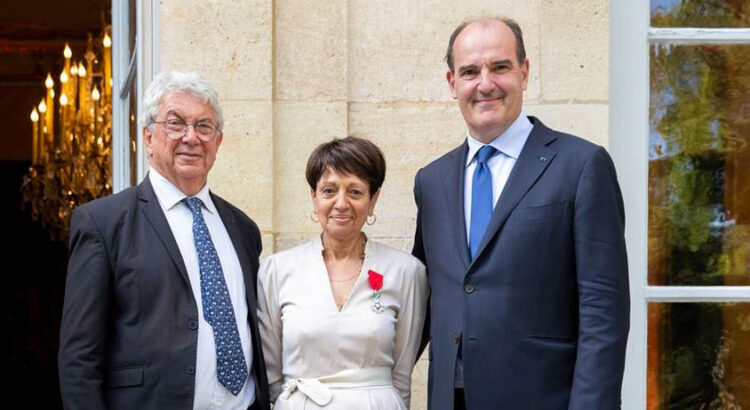 Patricia Sitruk, Director General, received the Legion of Honor on Wednesday July 7 from the hands of Prime Minister Jean Castex.

Esther Senot, Auschwitz-Birkenau camp survivor, tireless witness for the younger generations, was also decorated by the Prime Minister at the same ceremony. The Prime Minister invited to this event the Chief Rabbi of France, Haïm Korsia, the President of CRIF Francis Kalifat, the President of the FSJU Ariel Goldmann and the presidents of the main associations of the Jewish community.