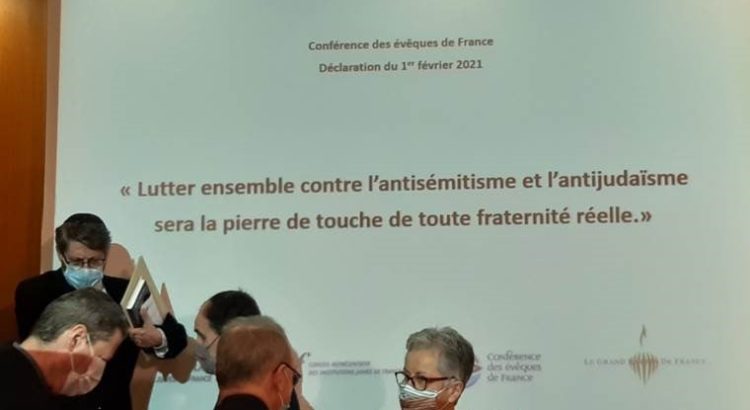 Jean-François Guthmann, President of the OSE and Patricia Sitruk, Director-General, were honoured to be part of such a momentous day when “the bishops of France appeal to all their fellow citizens—including non-Catholics-  to relentlessly fight against all forms of political and religious anti-Semitism.”