For the first time in France, a Forum was organized to bring together survivors of the Holocaust, hidden children, Resistance activists, Righteous among the Nations, and their descendants. It was held from 2nd to 4th of February 2019, at the Shoah Memorial in Paris and gathered no less than 600 participants and 57 associations related to the remembrance of the Holocaust, including OSE.

Nearly 20 workshops, including one led by Katy Hazan, historian of OSE, were proposed so that together the different generations of survivors discuss and reflect on the future of the remembrance of the Holocaust in the years to come.

During this event the participants had the opportunity to meet different associations on their various stands. OSE’s employees and volunteers answered questions about OSE’s history as well as the association’s most recent activities.

A day filled with very interesting exchanges and collective work. To be continued! 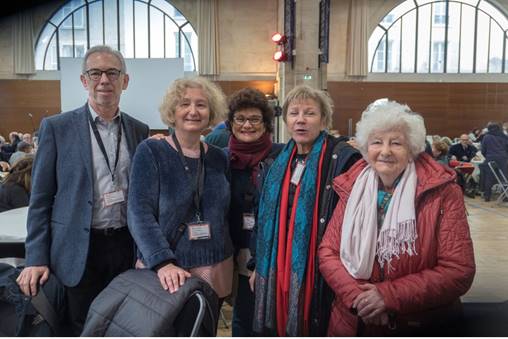