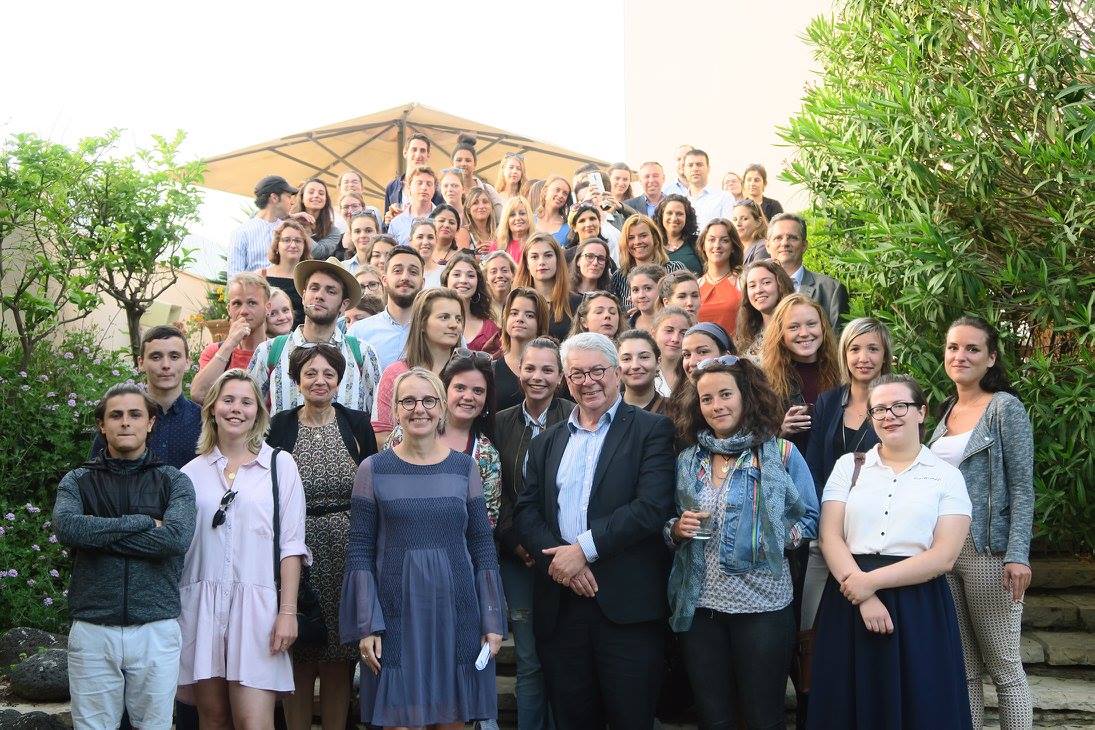 President Jean-François Guthmann and Director-General Patricia Sitruk were both present, alongside OSE volunteers on civic missions, the hosting facilities’ managers and the legal representatives of the Israel Ministry of Foreign Affairs and the Israel Volunteer Association (IVA), both OSE partners.

The ambassador insisted on the exceptional experience that the civic service represents for young people. She pointed out its crucial role in the strengthenin<g of the ties between France and Israel. Israel has now become the 2nd destination in the world for France’s civic missions done abroad, and it has a little something to do with the work done at OSE!

In less than 2 years 100 volunteers went to Israel with OSE. They got involved all across the country and work in facilities for handicapped, elderly with diminishing autonomy, young children and teenagers. The latest group of 20 new volunteers took off to Israel on August 28th.